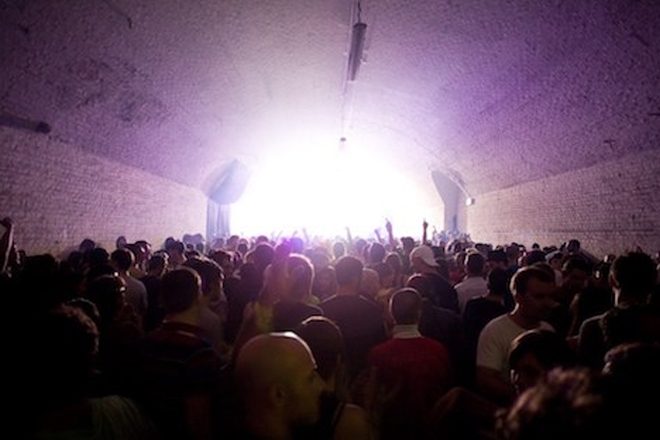 A new report has revealed that illegal raves in the UK rose by 9 per cent between 2016 and 2017. Having gathered FOI responses from 14 regional police forces in England and Wales, Sky News found that over 680 unlicensed music events occurred in the UK during 2017 – a significant increase from the 628 that were reported the previous year.
With just 14 out of the 45 territorial police forces in England and Wales providing their figures to the news outlet, it’s estimated that the actual number of illegal raves that occurred is much higher.

It’s reckoned illegal raves are on the rise due to costs at licensed venues increasing. According to figures from data firm CGA, the number of nightclubs in London fell by 8 per cent between 2014 and 2017. With fewer dancefloor options in the city and beyond, rave enthusiasts have taken to more clandestine locations to get their party on. Back in March, the Metropolitan Police intelligence unit SCO-36 found the number of illegal raves being held in London have almost doubled since 2016.

Despite reaffirming their commitment to stopping these events from taking place this past summer with the introduction of new tactics like drone surveillance and awareness campaigns on “how to spot an illegal rave an illegal rave,” the police have come up short in dissuading the public from throwing and attending these events. Whether taking place in the forest, a mushroom factory or an abandon Toys ‘R’ Us, illegal raves continue to pop up, flourish and evade the police around the country.

“If nightclubs are being squeezed and forced to close or increase their prices, then customers will naturally gravitate towards the alternatives that come in the form of illegal raves,” says chief executive of UK Hospitality Kate Nicholls in an interview with Sky News. “The reasons behind an increase in the number of illegal raves may be complex, but this worrying trend is only going to be made worse if more nightclubs become unprofitable or inaccessible.”

Reaching out to Digital Editor Jeremy Abbott for comment about the rise of illegal raves, he told Sky News that he too believes the increasing popularity of illegal raves is a “worrying trend.”

He said: “Clubs are more expensive than ever, the same goes for drinks prices in clubs. “On the flip-side, it’s worryingly easy to get your hands on drugs in London alone and the strength of ecstasy has sky-rocketed.

“It’s an easy alternative to clubbing in the city and with many venues being shutdown it’s a popular alternative. It’s a worrying trend as of course these parties can’t be properly policed or regulated so crime and risk of drug-related illness is higher.”

Pharaohz is an electronic artist & DJ from London, UK. View all posts by Pharaohz